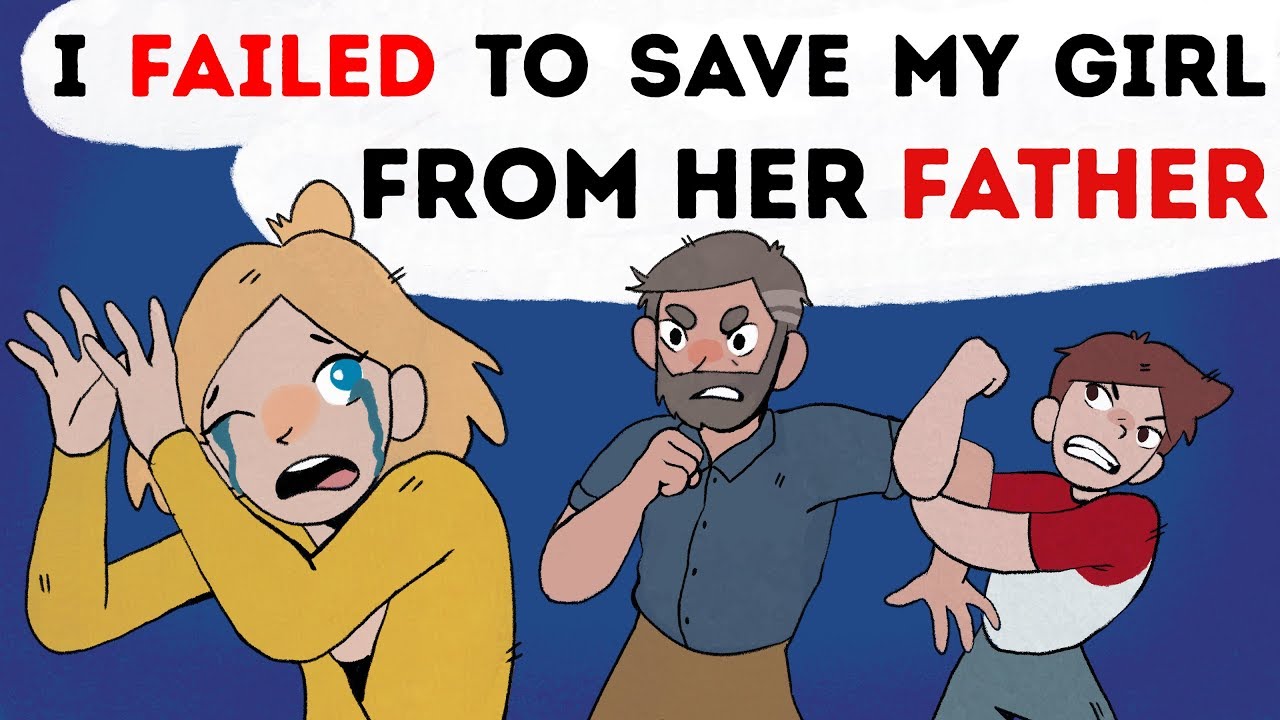 I Failed To Save My Girl From Her Father

★ DO YOU WANT TO GET YOUR STORY ANIMATED? SEND IT TO yt@tsp.cool

IT WILL BE GIVEN A VOICE OVER BY A PROFESSIONAL ACTOR AND AN ANIMATOR WILL MAKE A VIDEO OUT OF IT!

Hi everybody! My name is Gordon, I’m 17 years old and for a year already I’ve had a girlfriend. Well, I HAD a girlfriend. I would like to tell you why I broke up with her.

I liked Emma very much. She was so fragile, so modest, so beautiful. Most modern girls aim to be in no way inferior to guys but Emma was pure meekness. She always let me choose which movie to watch or which meal to order. And she never argued with me. I always felt very strong and masculine when I was with her.

But as time passed, I started to find these particular qualities pretty annoying. Maybe I just didn’t appreciate how lucky I was, but I got bored because she always agreed with me.

The only thing that she was painfully strict about was time when she had to be at home. She was petrified by the very idea that she could come home after eight P.M..

Once, we were stuck in traffic on our way back from the movies and she sobbed violently all the way home, and she didn’t want to explain to me why she could not simply call home and explain that she would be like fifteen minutes late!

At first I thought that her parents were very strict, but then I met them at a picnic and they seemed very nice!

Emma’s mother was still very beautiful, and Emma looked and acted a lot like her, very quiet and polite. I doubt she has ever scolded anyone.

Emma’s father, Mark, made a great impression on me! Very bright, witty, self-confident, and charismatic.I’m embarrassed to admit this, but I even tried to compare him to my own father… and my old man totally lost.

So, I had taken a lot pictures on the day of the picnic and the day after my mother and I went to visit her sister – my aunt.

I’ve loved aunt Mary since my childhood and I always tell her in detail about everything that is going on in my life. So she knew that I had a girlfriend and now I told aunt Mary that I had finally met Emma’s family and showed her the photos from yesterday’s picnic.

Aunt Mary couldn’t wait to see the pictures, until she saw Emma’s father in one of them. She broke off and it seemed like her hand was shaking.

“Do you know what his name is?” she asked in a strange, empty voice. And when I answered: “Of course! It’s Mark!” she jumped up and ran out of the room. My mother followed her and I was left alone in the room, totally clueless.

Soon my mother came back, looking very serious. “She’ll be alright,” she said, answering my silent question and then added: “But you have to know something. A while ago your aunt knew Mark very well. And it was the most terrible story of her life.

And my mom told me that Mary and Mark used to go out together – a long time ago, before I was even born. In the beginning everything was fine and aunt Mary was head over hills in love with this brilliant, macho guy. But soon she realized that Mark was trying to control her more and more. He decided what she should wear, which girls she should be friends with, and even which books she should read. And when she tried to object, he became more and more aggressive.

…When he hit her for the first time, she was ready to leave him. But he didn’t want to let her go. He became so nice again and asked for her forgiveness promising that everything would change.

At the end, Mary no longer understood what was going on and what she felt toward Mark – whether she loved him or whether she was afraid of him. She kept telling her parents that everything was great and that they were going to get married. Until her older sister, my mother, noticed the bruises on her hands and demanded that she tell her the truth.

My mother helped aunt Mary to get rid of her abuser, they went to the police, and Mary got a court order to keep Mark away from her.
But Mary never got over this relationship. Neither pills nor psychologists could help her. Since then she has been afraid of being in a relationship and has stayed single forever.

I was shocked. And as we went home, I was thinking about Emma, her mother… and Mark. I started to realize that he has not changed at all. I remembered that Emma’s mother was wearing a long-sleeved shirt – probably to hide the bruises from her husband’s hands? I remembered how both she and her daughter meekly agreed with him. I also remembered how Emma was scared of being home late, even like by a minute… she was scared to death!

I have to confess that when I went out with Emma the next time… I conducted a cruel experiment.