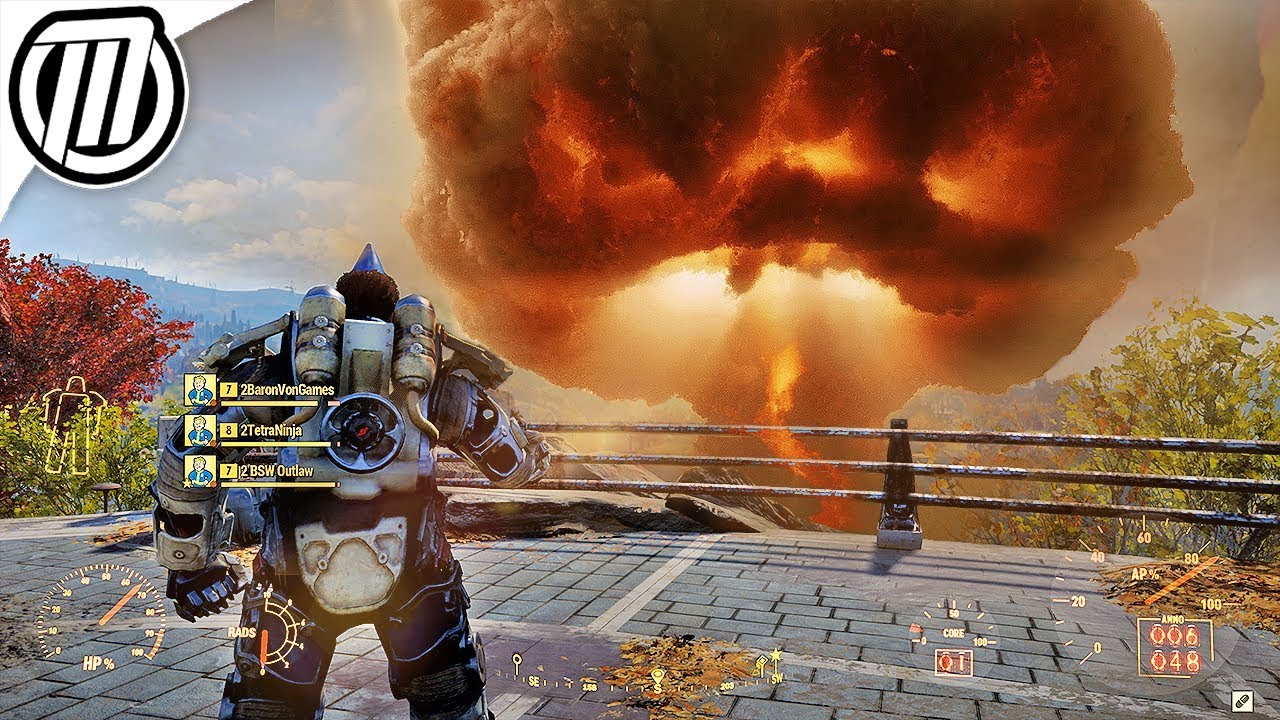 A player has launched a NUKE! Fallout 76 Nuclear Bomb Gameplay
◢Talk to me on Twitter – http://twitter.com/MassiveNetwork
◢ Join our Stream Squad: fb.gg/massivenetwork

Reclamation Day, 2102. Twenty-five years after the bombs fall, you and your fellow Vault Dwellers – chosen from the nation’s best and brightest – emerge into post-nuclear America. Play solo or join together as you explore, quest, build, and triumph against the wasteland’s greatest threats.

Celebrate 300 years of freedom with the all-new Fallout 76 Tricentennial Edition, commemorating the opening of Vault 76. Our good friends at Vault-Tec have pulled double shifts, working around the clock to assemble this one-of-a kind compilation…for you! Be the talk of the town when you emerge from Vault 76 fully prepared and patriotically styled in the new American frontier!